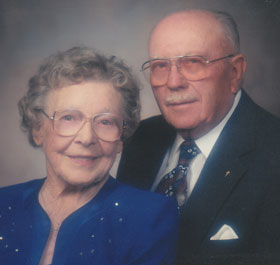 This website is dedicated to the memory of our parents Lorene and Harry Cullan and our brothers, Dan Cullan M.D., J.D., and Dave Cullan.

Lorene and Harry Cullan, who both passed away in March of 2002, raised twelve children on a family farm and ranch near Hemingford, Nebraska. They were married for 69 ½ years beginning during the Great Depression. Like so many young couples they were penniless. All they had was a sense of duty, a work ethic and a love of family.

Lorene and Harry instilled a strong sense of duty to help others in their children. When the Cullan children were young they were encouraged to help neighbors who were ill or who had been in accidents. They stressed the importance of education and of finding a job that you love. They believed that “if you love what you are doing, it is not work”. When they passed away at the ages of 89 and 88 they were still working doing what they loved full time on the family farm and ranch. 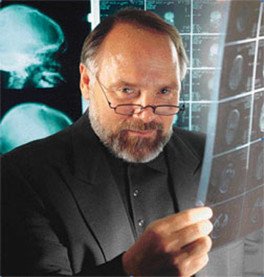 Dr. Dan Cullan was a nationally renowned physician and trial lawyer who was a tireless advocate for the most vulnerable members of our society. Dan was the Co-founder of the American Association for Justice’s Birth Trauma Litigation Group; a member of the Inner Circle of Advocates; past president of the American College of Legal Medicine and member of the Law Dragon 500. Dan also taught Preventive Medicine at Creighton University School of Medicine. Most importantly he was a relentless advocate for children. He dedicated his life to helping children who were injured by medical negligence and dangerous products. Dan was one of the first lawyers to advocate that manufacturers place child protective caps on poisonous products. His work has been instrumental in saving, preserving and enhancing hundreds of thousands of lives. He is terribly missed by family and all the clients who became dear friends. 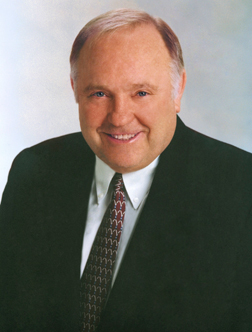 Dave Cullan was the first of eight lawyers in the Cullan Family. He loved the law. Dave graduated from Creighton University Law School and subsequently dedicated himself to a life of helping others. Dave worked in Douglas County Public Defender's office from 1969-1974 and then was a Prosecutor in the Sarpy County Attorney's office. In 1976, David, with his brother Dr. Dan Cullan, founded the law firm of Cullan & Cullan in Omaha, NE. The primary focus of the firm was to help families rebuild their lives following catastrophic injury caused by truck and auto accidents, nursing home abuse, medical malpractice and defective products. Dave was an inspiration and mentor to several younger siblings who followed in his footsteps and became lawyers. He did a lot of pro bono work. His legacy of helping others lives on. Dave laid the groundwork for the Omaha Food Bank which is now the Food Bank for the Heartland. No one had a bigger heart.